Today's weloficast series podcast vol.7 by MAAVIN. We talked to him and asked some questions about his creativity and views on life. That's what we got:

What are the reasons for you to love this specific raw sounding?

I think raw scene resonates with me the most not only because of its specific crusty and early hip-hop influenced sound, but also its overall atmosphere. You can't get the same feeling listening to commercially produced record.

If we talk about devices, which are the most important in studio in your opinion and which do you use in music production?

I can't afford to use hardware in my production, so instead I study the principles of its work and then try to emulate it in my DAW. That said, the most important thing to me is my MIDI keyboard, I think its essential to have one in order to achieve the flowing and dynamic sound. If I had the opportunity I'd buy mpc60 or sp1200, their iconic 12-bit sound influenced my music quite a lot.

And what do you think about the tendencies of development of raw house music in Russia?

Russia has a lot of different incredibly talented producers and thanks to the Internet some of them are well-known overseas, even more so than here. When it comes to general public, I think the raw house scene is still very much underground, but it's only a matter of time before it changes. We already have our own independent labels and a fast growing community.

You are one of the creators of events under the auspices of the SESSIA, please tell us something more about the idea of its creation?

We created SESSIA together with one of my friends, rarimdamph. We both wanted to make an event where it'd be possible to play the music we like and invite artists that we personally enjoy. You can't hear this type of sound in a lot of places. We had a few troubles at the start before figuring out the path we wanted to follow, but I think right now we've got the potential to grow into something great.

SESSIA's got a lot of plans. We want to expand and invite not only Russian musicians, but also some of the people we enjoy from all over the world. Right now you can look forward to collaboration between us and VDL.

Ok, and finally, if we talk about your self-development, what inspires you the most?

Fortunately I know a lot of very very talented people and their creativity is what often gives me the urge to immediately drop everything and go write new music. I got a lot of plans for future releases, including collaborations with some of my favorite Russian producers. Stay tuned. 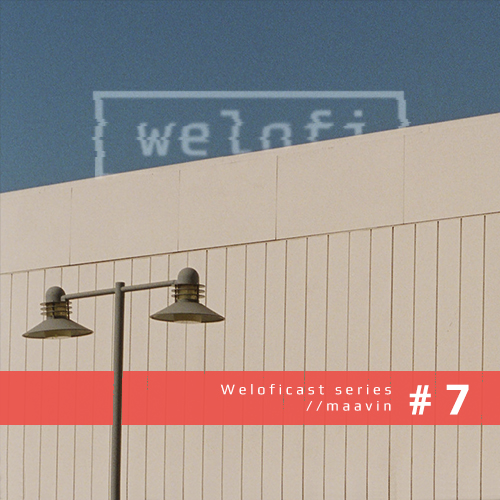 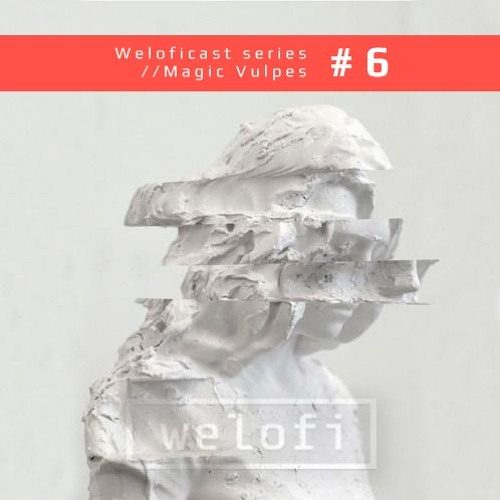 Label RAW RUSSIAN was created in 2016 as a community that would support only russian young producers. The ideology of community is aimed at supporting and promotion of russian musicians all over the world. Earlier label made its first experimental release – it was the tape with only Russian women - musicians and female producers on the board, that release was called - “Russian Girls Like Raw“. Apart from that, Raw Russian label opened a new vinyl-only label that was named “Illegal Russia” and released a first EP by Nikita Villeneuve and Egor Lipator. 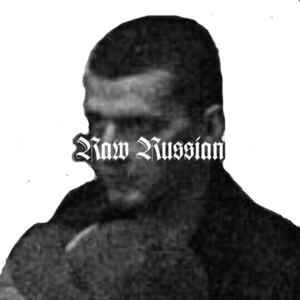 Samopal Records is a self-made label founded by Very Long Cat and Screep. Label releases performs a self-made music of different directions, without any frames by many representatives. The label positions itself as the free from commercial projects interested in music in its essence so that you can’t find any of these records on the store shelves. 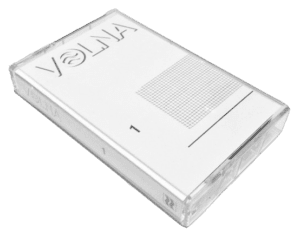 We wrote about the first release by VOLNA earlier in our reviews.
Label VOLNA from Nizhny Novgorod sets a goal to join up people with the original and lush views at music. Perhaps, especial VOLNA sounding originated due to strong influence of surrounding social environment... or on the contrary- against it.

The idea of this music label was born a year ago, but now it became clear that time to realize this idea has finally come. In cause of appearing a lot of local musicians and label friends throughout the country VOLNA decided to integrate it all together. Also by the end of the year VOLNA produced its first limited release VOLNA1 - namely, it was twelve numbered and hand-painted tapes. VOLNA1 represents a collaboration of the the artists from the different places but with similar views on music, those who really appreciate actual raw house sounding.

Связь represents the Belarusian music community and a non-profit label publishing music which is made mostly by the local artists. This music label is quite experimental, opened to talented musicians, and when it comes to the genre format, it has no limits in it. The main thing is that the original electronic music is in its priority. Label produces the tape compillations and promotes releases by friendly labels. 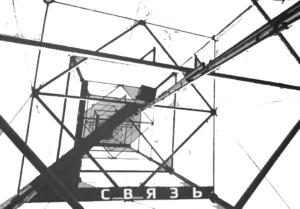 Jazzve #tunesbymates is a Batumi/Moscow based record music label which performs house music and arranges nice events.
Jazzve (with the same emphasis) is a game with the word jazz. After all, jazz is focused on the dark matter and the energy of the sound that burst out, literally exploded in the early twentieth century, giving birth to a new universe of modern music. An attempt to understand this entropy of vibrations and groove, surfing on the crests of this unbridled expansion of sound waves is the main idea of this project. 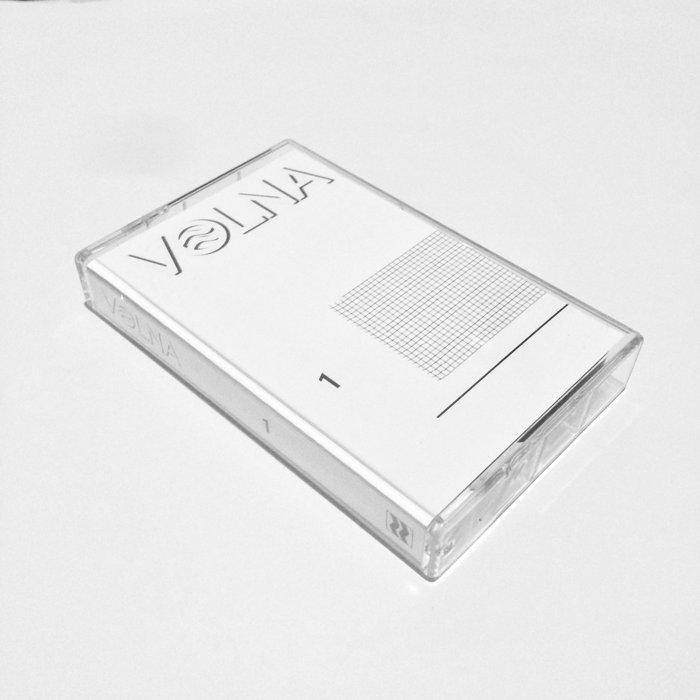 New label VOLNA from Nizhny Novgorod sets a goal to join up people with the original and lush views at sounding of music. May be sounding like this achieves due to influence of the social environment or contrariwise - against to it. Anyway by the end of the year VOLNA was born and produced first limited release VOLNA1. We got twelve numbered and hand-painted tapes. VOLNA1 represents a collaboration by the artists with actual raw house sounding scattered to different places, but with the same views.

The idea of a music label was born a year ago, but currently it became clear that time to realize this idea has come. In cause of appearing a lot of local musicians and friends throughout the country, we did't want their music was spreading only in the Internet. We wanted to integrate it all together.

Recently, on November 25 label VOLNA was bring to life at party VOLNA Запуск  on which has come local musicants (Low Tape, любишь, Salama, Night Caller, Tonel', Kclogg) and producers from some other cities: Mounty from Saint-Petersburg and zzmln from Cheboksary.

Next event at December 23 will be with Хандра from Moscow. We have a good background in event managment, so we know how to do it and we are sure that events like this is an inherent part of our label. //VOLNA. 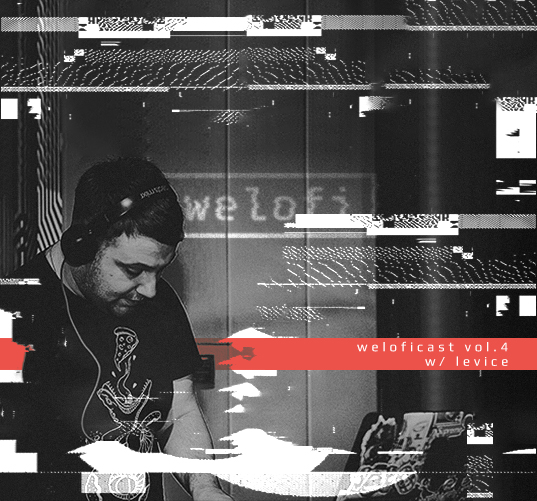 YvesSaintRoman – Everything I Never Told You EP //30.11.2017 Place: Kiev, Ukraine Label: RawCraft Music Young house music producer from Kiev. His music is turning out to combine a pleasant…

Weloficast #3 by dpcld Place: Saint-Petersburg, Russia – the culural capital and one of the main centers of russian musical industry Some atmospheric rawhouse vibes and some unreleased stuff. “With…