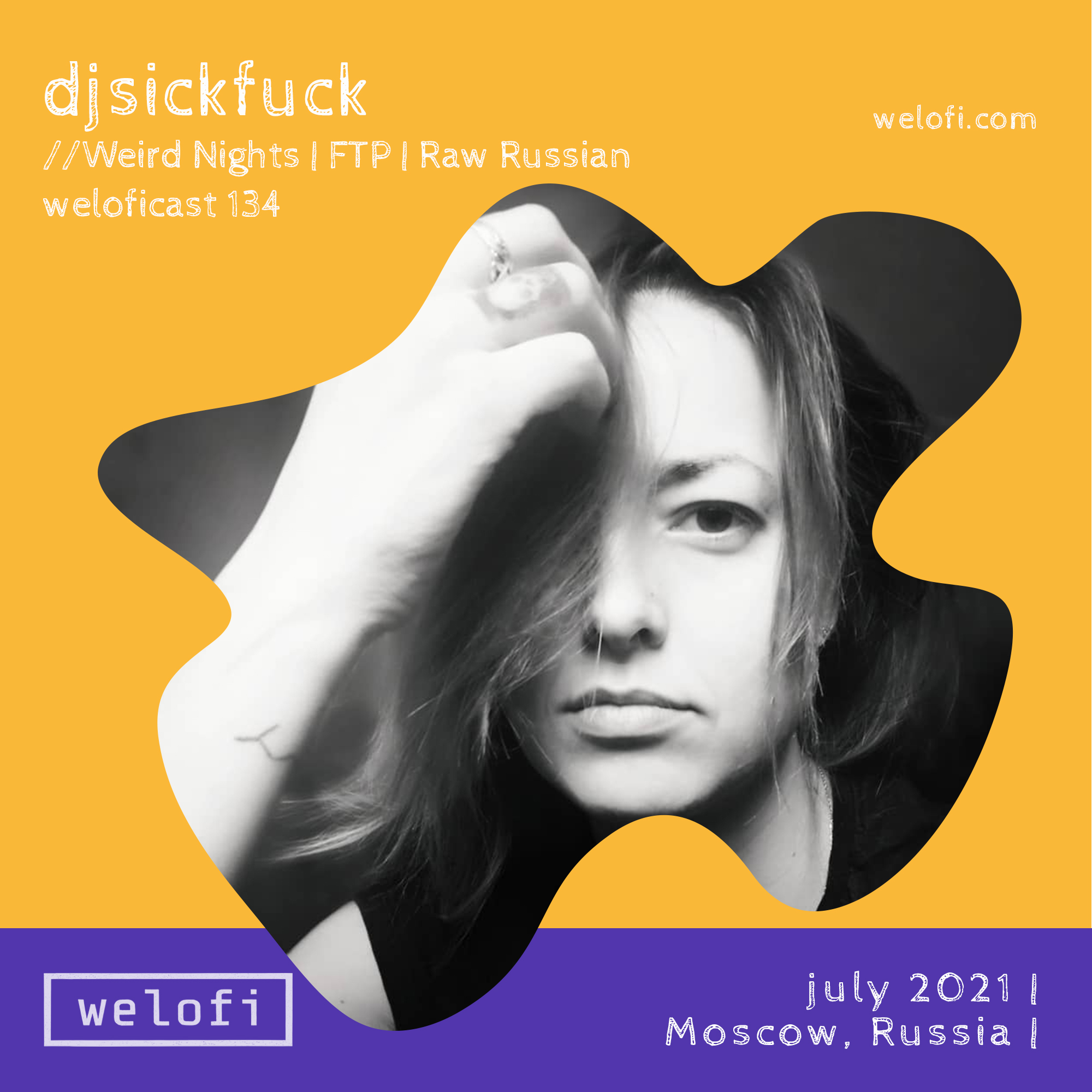 Djsickfuck aka Leeza Shumova is Moscow based producer and owner of Weird Nights - a tape label, dedicated to everything ambient, drone and experimental.

What is Weird Nights?

Weird Nights is a Moscow-based pop-up series of audio-visual events dedicated to experimental, drone and ambient music. Since its launch 3 years ago, in a small local bar in downtown Moscow, the series has grown into a formidable cultural event, which brings together Russian artists and appreciators of music that prioritises the process of acoustic experimentation. Recently, in March 2021, Weird Nights launched its own eponymous tape label, releasing a VA compilation (WN01) from artists, who had previously played at its events.

“Weird Nights is the product of my twisted imagination, which over time has organically grown into a community of people who love various non-dance forms of music and experimental sound production.

The event started out small and local, at a friend’s bar, where we would gather and play “weird” music and create generative visuals. From the beginning, Weird Nights had a characteristic friendly vibe to it, because we never had the intention of making it a commercial project, and just wanted an excuse to lay around on beanbags, hang out with friends, drink, smoke and listen to strange music. This remains to be the core of our aesthetic.

When the quarantine hit, our friends lost the bar, and we saw it as an opportunity to become mobile. First we did an online-stream event, and then an invite-only event with friends at a studio. I realised that I quite liked the nomadic format, and began experimenting with places and formats.

One of my favourite events we did, was a commemorative listening party to the late Dmitry Vasilyev, a music journalist who dedicated his life to collecting obscure experimental music. A friend bought a chunk of his vinyl collection, so we decided to share it with the public, by listening to the records. During the event, we set up a box of records, roughly organised by genre and allowed musicians to come up and blindly choose the record to play, based on their intuition and the cover of the vinyl. This ended up being a lot of fun for everyone involved.

We’ve also done a couple of collaborations with other promo teams, setting up two stages, one for dance music and the other our meditative music. However, we decided as a team that this wasn’t the best option to do, because having the other stage, took people out of the WN atmosphere and prevented them from fully getting into the meditative zone. Having experiences such as these, has helped us form our aesthetic and understand what our priorities are for our events, and I think the fact that we are relatively flexible in our approach has tremendously helped our success.

This spring, in March, we decided to launch our own tape label and released a VA compilation of tracks from artists who have previously played with us. We were happy with the results, received lots of positive feedback and would like to continue to experiment with this format.

The label launch party in the Bashmet Center, a neo-gothic mansion in downtown Moscow, was a very special event and it definitely set the bar and vector for development. In terms of organisation it was a very difficult event, but the return on it, in terms of audience engagement and reviews, was well worth it.

Btw, we're incredibly happy to host this powerhouse electronic mix by djsickfuck as a new part of our Weloficast series. Get ready to have your vibrations raised with this energetic selection of adventurous electro and contemporary techno spiced with house patterns. This creamcast mix prepares us for slowly edging nearer outdoor raves and serving as inspiration for summer time. 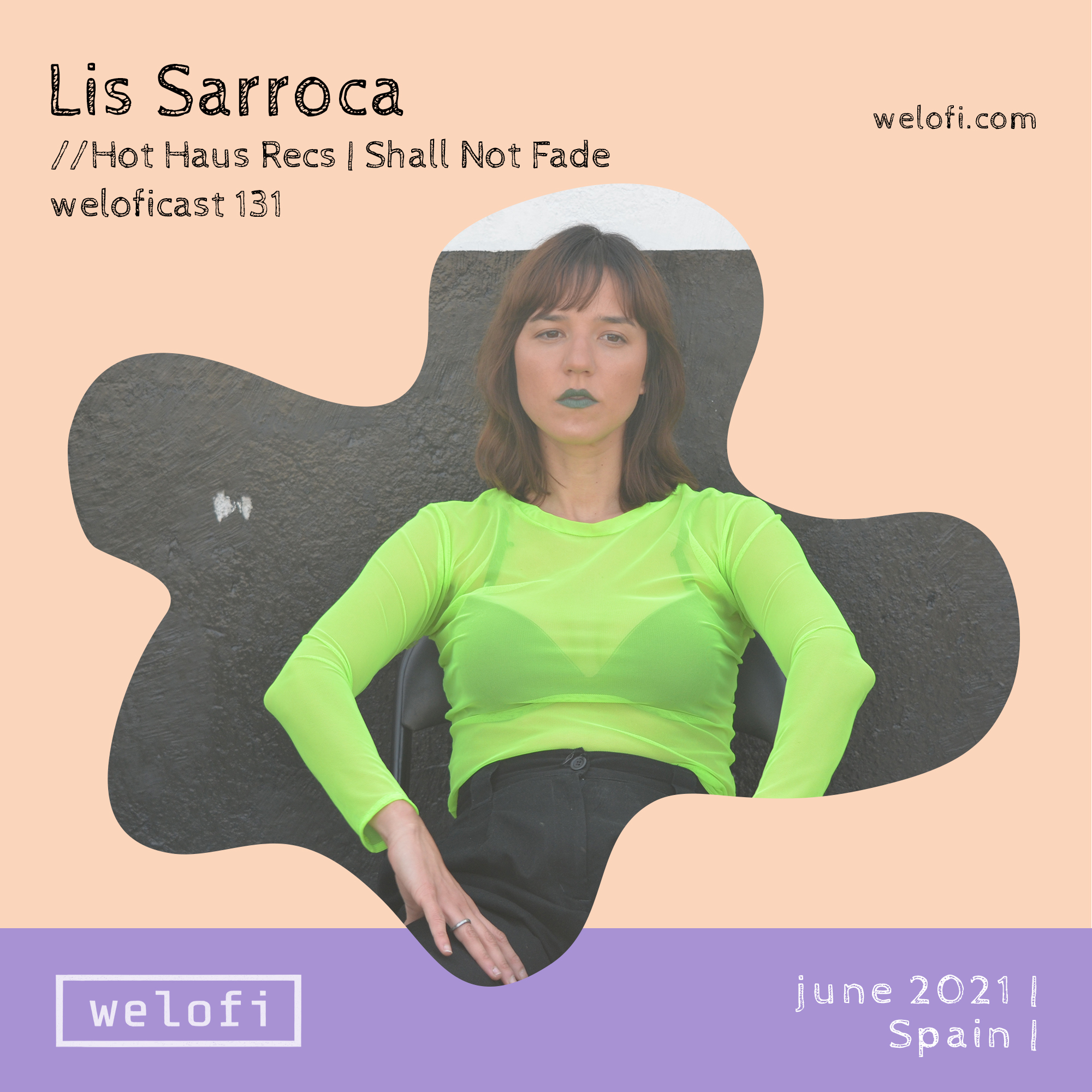 Lis Sarroca - we know her as a DJ and producer , she’s been getting better acquainted with her studio gear, buying more records, going through her records, playing her records, thinking about her records… such is the lockdown life of the DJ.

An accomplished producer, Sarroca has released what she calls her “danceable, energetic, deep and warm”music on Kerri Chandler’s Madhouse and Mobilee, has put out three excellent EPs on Hot Haus, *sinnmusik and House Cookin Records this year and her sombre deep house piano track Parquime has just been included on a Seven Villas compilation.

DJing came first for Sarroca, who began gigging in 2007 but only started producing in 2014. Since then she has developed a classy, sophisticated house sound. Her synths are expansive: broad pad sweeps, bold melody lines and interlinking chimes and pad tones all work together in her cleanly produced tracks. There’s plenty of Detroit references in some of her synth sounds – one of her earliest productions, Melograph from 2018, matches a killer acid bassline with some unselfconsciously Detroit stabs to superb effect – and while some of her tracks are definitely in that tradition, her beats often take their cues from the classic US house template.

As we know from internationaldjmag.com

We also ask her a couple of questions.

You have a lot of releases - that's definitely took a lot of time. May you tell as a story how and why did you come to music?

I was around 21 years old, finishing college and a bit bored, I wanted to have a new hobby as before I was playing on a basketball team and decided to quit. Djing with my friends became the best thing to do on weekends and I devoted my time on making mixes and listening to a lot of music. Definitely, it was electronic music what hit me on that time.

How much should one vinyl cost in your opinion? That’s a interesting question nowadays as record albums are covering a wide range of music. And a lot of people ownselves aware that some records are valuable - among both casual music fans and strong vinyl collectors.

What you can say about hype genres in the electronic underground nowdays?

Hype genres are a great thing nowadays; it’s a good way to give more visibility to new and smaller artists and labels. It also gives more opportunities to whole industry and lets people and listeners discover more underground music.

Russia is a large country with a lot of electronic artists in its suburbs. Nowadays we have a strange period in our country's life - politics, pandemic, protests movements etc. Such moods cannot remain unnoticed and are reflected in music. But I don't want to say that the local music has taken on a negative and gloomy tone. Instead, there was a shake-up in the musical trends, which gave a new impetus to development. Maybe you have any favorite Russian producer?

I discovered Low Tape a few years ago, when I was listening to his release on Nerang Recordings. I love playing his tracks, they have a great energy.

Andrey Pushkarev - I listened live his dj set this spring and he blow me, then I dig more on his productions, he is top producer
and label manager.

Hah, good choise. And what you think about the future of clubs in 2050?

I think there will be some artificial intelligence for sure, but I believe that the essence of the human being still be present in some way. I think we would have more technology on listening/hearing things. That would go directly to out bodies, ears and brains. No matter where you are standing in the club. I also think about virtual clubs. If you are at home for instance and you want to experiment being on a club you can wear a dress and use headphones to feel almost everything and also other people around you.

This mixtape as a deep electronic story that needs to be told. House grooves rub shoulders with low-slung-robotronik over electronix paradise. Like a fully on the path, you march toward a future of unabashed romantic music expression.

Lieke Trienekens (Amsterdam, Netherlands)After long conversation Lieke has found some free time among her daily discovering of broad range of music and prepared a tasty mix for us, as a part…

Ruksby’s work explores the intersections of digital resulting in a paired down aesthetic of distorted imagery and natural rhythmic feedback loops. This mix presents both a taste of the past…

First VODOLEY release JAMES / WHITNEY EP - Inspiration by creativity of a new outsiders wave and the culture of the 80's from main resident DRY. //VDL001 2017

Lo-fi house (also referred to as outsider house) is a genre of electronic music combining elements of house music, techno and noise. The music is often rough-sounding and "lo-fi", in contrast to the "polished cleanliness" of other contemporary electronic music genres. The term "outsider dance" was first coined in 2012 by DJ Ben UFO and music journalist Scott Wilson, referring to different producers and record labels "operating at the fringes of the fringes" such as Laurel Halo and labels including L.I.E.S., Opal Tapes, Future Times, 1080p, and Lobster Theremin. Outsider house is also closely related to technoise, a fusion of techno and noise music

Lo-fi (originally typeset as low-fi [from the term "low fidelity"] and alternately called DIY [from "do it yourself"]) is an aesthetic of recorded music in which the sound quality is lower than the usual contemporary standards, or which highlights imperfections of the recording for artistic effect.

These standards have evolved throughout history, meaning that some older examples of lo-fi may not have been originally recognized as such. Lo-fi only began to be recognized as a style of popular music in the 1990s. Harmonic distortion (or "analogue warmth") is sometimes wrongly suggested as a core feature of lo-fi music. Its aesthetic is actually defined by the inclusion of elements normally viewed as undesirable in professional contexts, such as misplayed notes, environmental interference, or phonographic imperfections (degraded audio signals, tape hiss, and so on).

YvesSaintRoman – Everything I Never Told You EP //30.11.2017 Place: Kiev, Ukraine Label: RawCraft Music Young house music producer from Kiev. His music is turning out to combine a pleasant…