Welofi is a music community and net label arised on soundcloud in the beginning of 2016 in Saint Petersburg, Russia.

It was a period when the so-called "outsider house" - a new (as some people think) sub-genre of house music became quite a popular thing. We believe at that time occurred quite a unique music culture indeed, originated from the previous tendecies. In Russia, by the way, "outsider house" got its particular atmospheric sound which we want to share with you. Our main focus is on raw, "lo-fi", outsider, leftfield and experimental sound but we are always open to something new, laying beyond the frames. 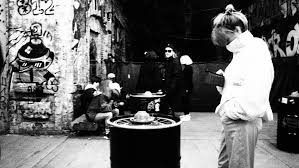 Information about suggestions for collaborations/demos/news you can find here.